How cool would it be if someone, maybe you, spearhead a project and painted the no-car bike-through section of Dillard right before it meets Fox Hollow?  Dillard is practically a bike path, and this section is car free and is a very popular bike route between South Hilyard and Fox Fox Hollow. You should paint it and turn it into a park. Yes, you.  You know you wanted a project that brought more art into the city.  This doesn’t even require you closing the street! 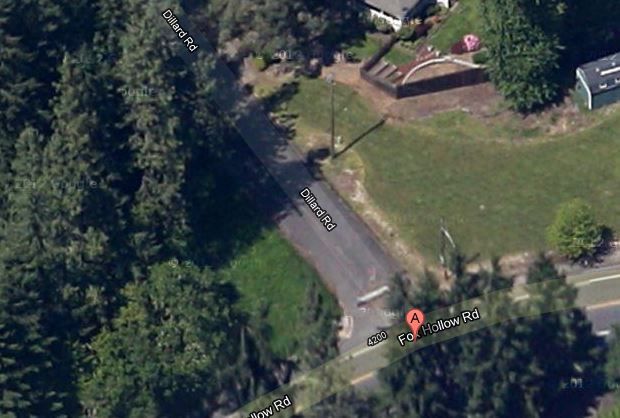 Portland did it!  We can’t let them keep showing us up!

Eugene has been named the “#5 Best City for Bicycling”  among cities with a population over 100,000 in the May issue of Bicycling Magazine. The top ten cities are:

Corvallis came in second on the list of top cities with a population under 100,000 – with Davis, CA coming in first.  Continue on to see how the cities were chosen, and for links to a slide show and PDF of the print article.