Update: LiveMove says they will wrap up this final concept plan and redesign over the coming weeks. Once it is complete they will give an update here on WeBikeEugene and to city staff and elected officials.  In the meantime you can visit livemove.org/13th for more information about what was presented this week. If you are interested in helping advance the 13th Ave. Renaissance plan that LiveMove believes will improve safety, increase accessibility and invigorate this important corridor’s economy you can reach out to LiveMoveUO@gmail.com

Via Matt Cooper (UO Office of Strategic Communications) at AroundtheO.edu

Eugene will study a redesign of 13thAvenue by University of Oregon students when it considers changes for the roadway in the months ahead, a city official said recently.

The news capped an open house on the redesign held May 28 by LiveMove, an interdisciplinary student group that spent the academic year rethinking the corridor for safety and access.

Under the LiveMove ByDesign project, students studied 13th Avenue between downtown and campus, seeking to improve safety and access for bicyclists, motorists and others. They tracked transportation and parking behaviors and incorporated case studies from across the globe to reconsider traffic flow, lane spacing, parking and other concerns.

“A major demographic shift is taking place whereby fewer vehicle miles are being driven, rates of drivers’ licenses are going down and the next generation increasingly prefers places where many daily trips can be made by foot, bike or bus,” said Joe McAndrew, LiveMove president. “We still value automobile access, but we also want the same level of safety, directness and comfort for people on bike and foot. 13th is a major connector between campus and downtown and our effort is to create a signature corridor to spur additional economic development, create safe and direct two-way bicycle access and to catalyze a renaissance that can help meet many community and university goals.”

With the Capstone housing project at 13th and Olive Street promising to draw 1,200 university students this fall, the corridor will see a rush of additional people making their way eastbound to campus by bus, bike, foot or car. The avenue is END_OF_DOCUMENT_TOKEN_TO_BE_REPLACED

LiveMove, the UO student group focusing on transportation and livability issues, is hosting an open house to share a vision for this critical community corridor:

The students have developed a project called ByDesign to conduct a corridor study and re-design of 13th Avenue. The group has used this academic year to conduct its work, and have developed a preferred roadway re-design through extensive observation of transportation behavior, parking utilization, and of case studies across the globe.

The group will present its findings and ideas at an open house on May 28th from 5:30-7:00 in Lawrence Hall Room 206 @ the UO Campus. Attendees will have an opportunity to give feedback and input, and initiate community discussion on improving the corridor’s safety, accessibility and livability, while also stimulating economic activity and achieving city and university sustainability goals.

This event is open to the public.

This looks like some interesting presentations by students at UO working on sustainable transportation issues: 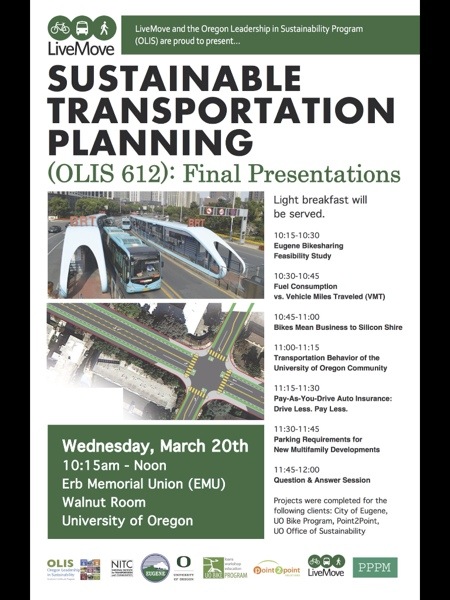 Movers and Shakers: Connecting People and Places
The 2010 – 2011 LiveMove Speaker Series proudly presents…
From Good to Great: Sustaining UO’s Leadership as a Bike Friendly University, with Andy Clarke
When:    Thursday, May 5th
Where:   University of Oregon Campus

The League of American Bicyclists honored the University of Oregon with a Silver-level Bike Friendly University award. The designation places UO in the top 20 bicycle friendly universities in the nation. Although UO scored well, much work remains for UO to compete with platinum-rated Stanford, a fellow Pac 10 school.

On Thursday, May 5th, Andy Clarke, executive director of the League of American Bicyclists, will visit Eugene to present UO with the silver award and inspire us to reach for platinum! We invite you to join us in a day of celebratory events:

6:30   pm             Public Lecture by Andy Clarke, Lawrence 206
“From Good to Great: Sustaining UO’s Leadership as a Bike-Friendly University.  Clarke will speak about what the University of Oregon has done well for bicycling, what needs improvement, and the power of students and universities to promote bicycling in cities. 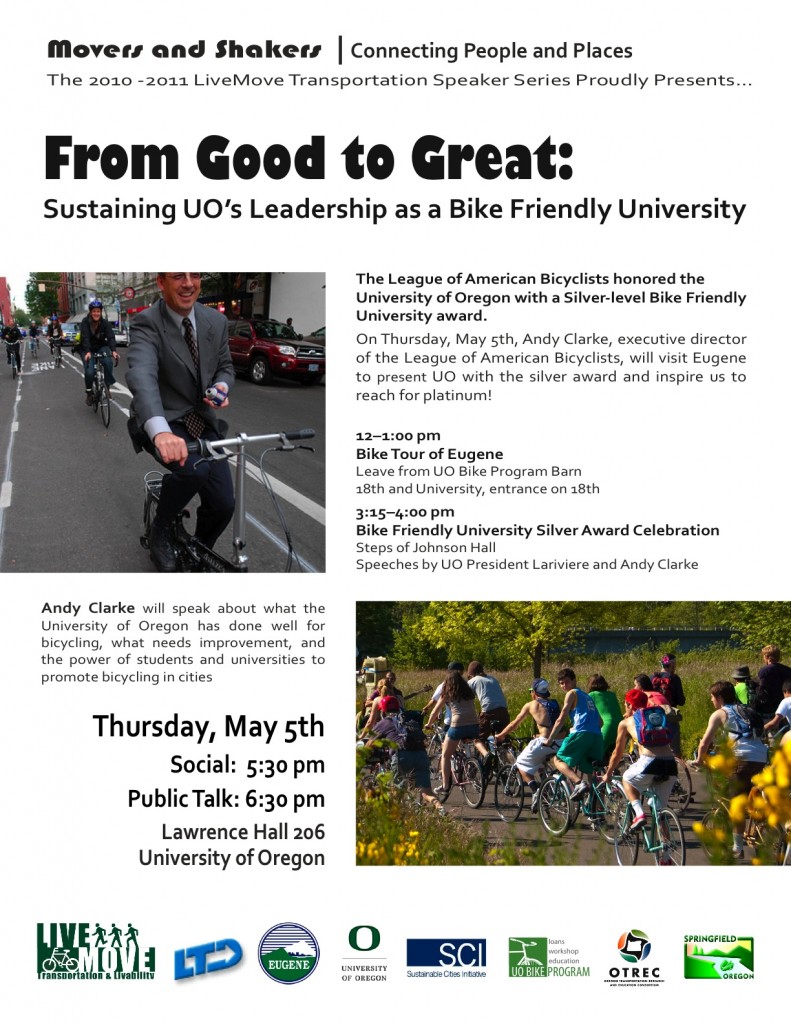 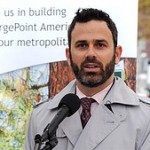 Transportation expert Gabe Klein will be visiting Oregon from April 6 – 8.  As former Director of Washington DC’s Department of Transportation, Co-Founder of On-the-Fly, and former Regional VP of ZipCar, Klein is here to engage with students, faculty, and local agencies about his innovative work on transportation-related issues.

On Wednesday, April 6th Gabe Klein will be presenting a public lecture about the future of urban transportation and quality of life in America.  85% of US citizens live in urban metropolitan areas, and people are rapidly moving back to the urban cores.  What were once suburbs are now looking more like small cities or urban villages themselves. Given the inevitable demographic and geographic population shifts over the next 30 years, what is transportation going to look like in 2020? 2030?  How will we manage the change?  Klein will talk about macro and micro policy and market trends, such as access vs. ownership, the commoditization of transportation, land use, bicycle/pedestrian shifts, and technology affecting consumer choice.

You are invited to participate in all of the following activities with Gabe Klein on Wednesday, April 6th: 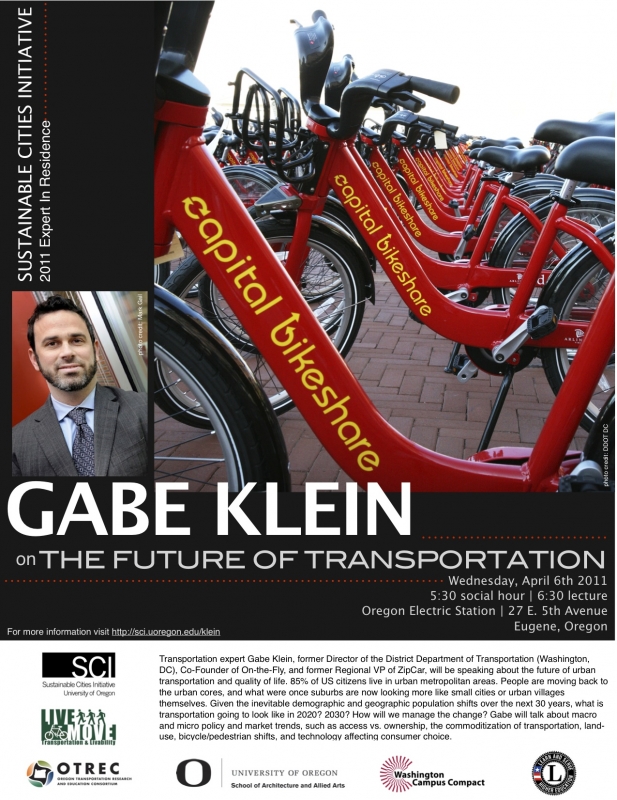 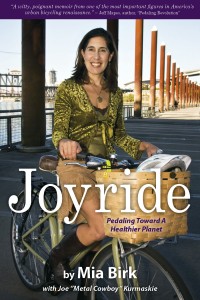 The UO student organization LiveMove is sponsoring a speaker series titled “Movers and Shakers: Connecting People and Places.” The upcoming speaker, Mia Birk, will be at the Oregon Electric Station on Thursday and it should pretty interesting. If the “Transportation ReMix” event that was held there back in October is any indication, it may be standing room only–so be sure to get there for the “social hour” to grab a good seat.  Though we all know Eugene was way ahead of the curve when it comes to biking, we still have things to learn from how quickly Portland has taken progressive steps to get more people biking more often. Here’s information from LiveMove about the event: