Via City of Eugene InMotion Newsletter:

Completion of the multi-use path extensions along the west side of Interstate 5 have been delayed until next spring. Construction and weather delays led to the decision to wait until next spring to complete the path, which should result in an overall better result for users. 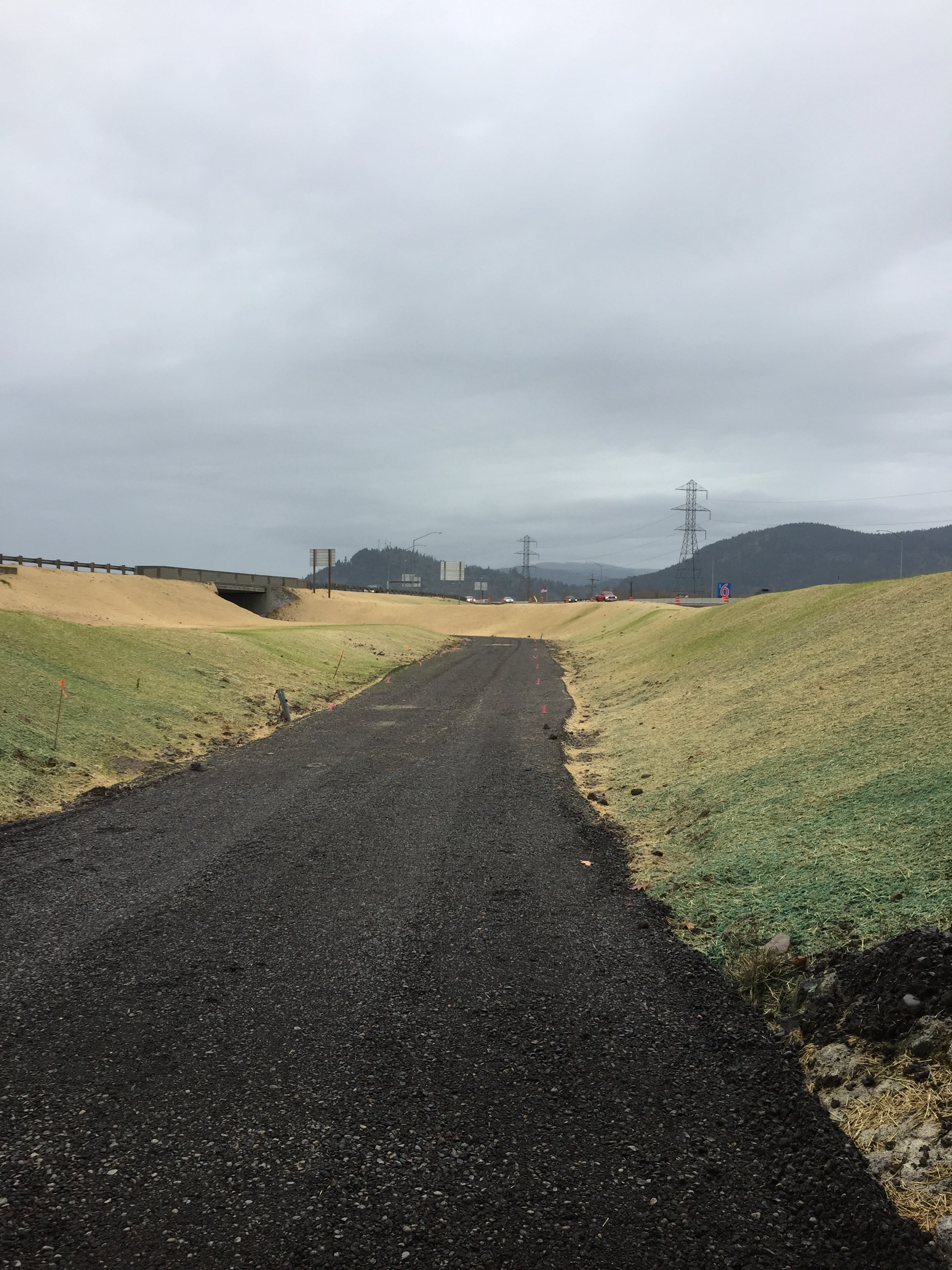 The portion of the path that connects to Harlow Road will be repaved to allow users access to the path and eliminate the detour that has been in place for several weeks. That area is the future connection point for the southern extension of the path.

North of Willakenzie Road, the path will extend to Old Coburg Road, next to the Eugene Register Guard building on Chad Drive. Travelers will go under Beltline and the nearby southbound I-5 off ramp.  The footprint for the path was built in the last portion of the project.

South of Harlow Road, the path will now lead to Garden Way, just north of I-105 West.  A retaining wall has been built under the Harlow Road Bridge to allow room for the path.

The entire path is now scheduled to be open in  early summer 2018.