Eugene’s soon-to-be acting traffic engineer has won a fellowship to study road safety efforts in Sweden and Denmark next fall, according to the Jan. 28 Eugene City Council Newsletter. 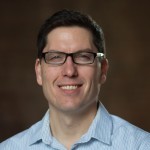 Rodrigues will become Eugene’s acting-in-capacity Traffic Engineer beginning Feb. 1, filling the job vacated after Tom Larsen resigned following news that he had operated without a current engineering license for a number of years.

Rodrigues will specifically study how Vision Zero has been implemented in Sweden. Vision Zero is an effort to end fatalities and serious injuries on the streets. It originated in Sweden, and the Eugene City Council adopted Vision Zero as city policy this past November.

This sounds like good news for Eugene, a sign that staff will begin looking seriously at how to implement Vision Zero in Eugene. Done right, it should have a number of implications for people who walk or ride bikes.

Eugene’s traffic engineer has significant authority over the city’s public rights of way, and generally has to approve projects that improve conditions for bikes and pedestrians.